This 1978 Chevrolet Chevette has a Big Secret [w/ Video] 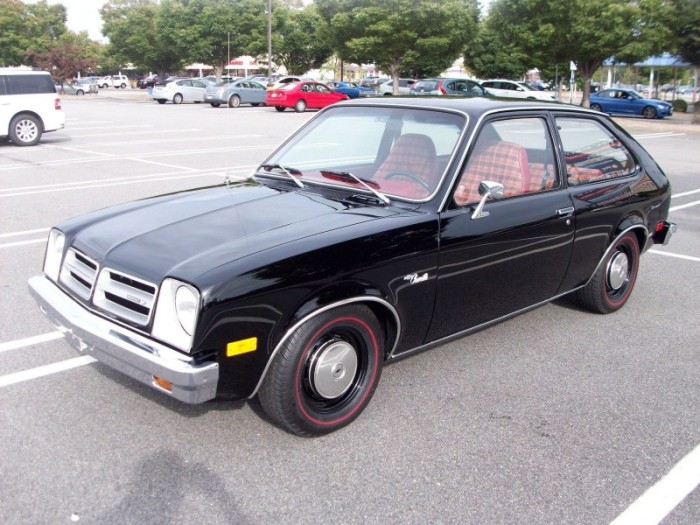 After a pair of high profile economy car kerfuffles (namely the Corvair and the Vega) in the space of a decade, Chevrolet circa Autumn 1975 was hoping against hope that its latest stab at an entry-level model – the Chevette – would be the compact that finally turned the tide in the war on Volkswagen and the increasingly popular Japanese labels. History will show that it wasn’t to be, though in its defense the Chevette suffered far fewer public relations black eyes than did the two aforementioned small Chevys that preceded it. 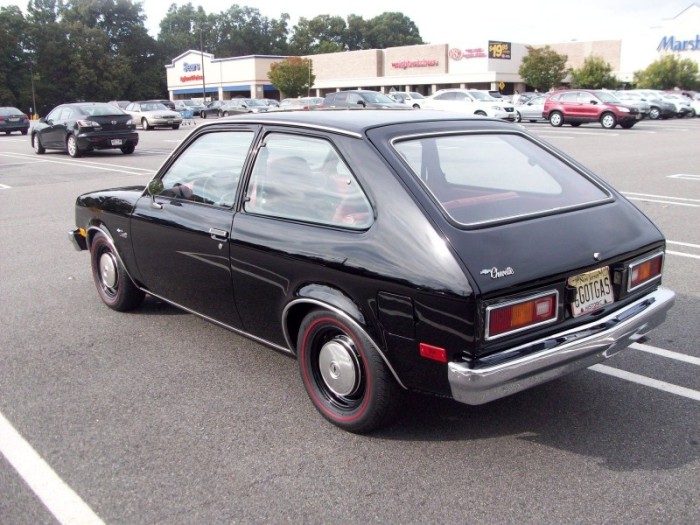 Naturally, because it suffered the double whammy of being an automotive child of the ‘70s and being an economy car, the “other” ‘Vette was about as far removed from being a performance car as you could get. That’s somewhat ironic, considering the Chevette was rear-wheel-drive, and that some of its international cousins which shared its T-body architecture – namely the Opel Kadett and its Vauxhall twin, which also went by the name Chevette – were available with rip-roaring engines and willing chassis setups (The T-platform even went on to spawn the first generation Isuzu Impulse, which could be had with a turbocharged engine and a Lotus-tuned suspension.). By contrast, American Chevette buyers interested in added spunk could opt for the Scooter trim level, which improved performance by…removing the rear seat. Of course, you could have gone the other way and ordered fake wood paneling and an Isuzu-supplied 1.8L diesel engine with a neck-snapping, cheek-flapping and just-plain-sociopathic 51 horsepower. 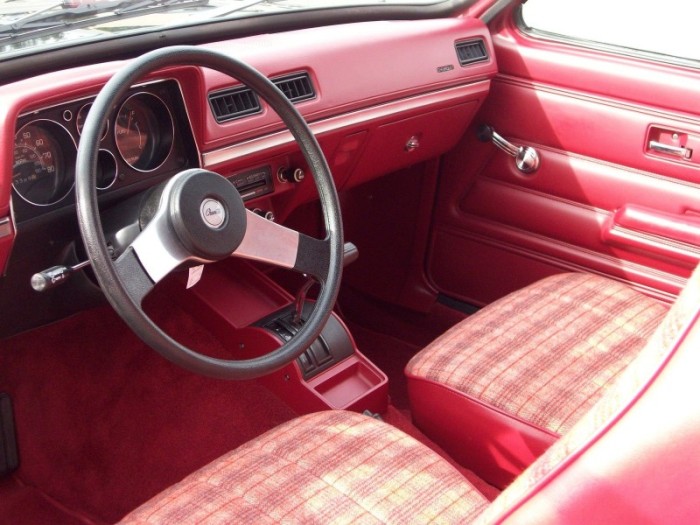 The black 1978 two-door hatchback you see before you certainly looks like a yawner, right down to the black steel wheels with “dog dish” hubcaps. There’s but one little tailpipe poking out from beneath the rear bumper, and a glance through any of the six expansive windows will reveal what appears to be a bone-stock (though nicely preserved) interior trimmed in red tartan. Then you pop the hood and find a doomsday device: A 427 cubic inch (7.0L) L88 Chevrolet Big Block V8, complete with aluminum cylinder heads, solid lifters and a 780 cfm Holley carburetor. Behind it sits a GM TH400 3-speed automatic transmission and a narrowed GM 12-bolt rear with Positraction (i.e. limited-slip), and there are custom heavy-duty suspension components and front disc brakes to keep all that muscle somewhat under control. Oh, and that lone exhaust outlet? It’s a dummy; there’s a full-length dual exhaust setup completely hidden under the car. 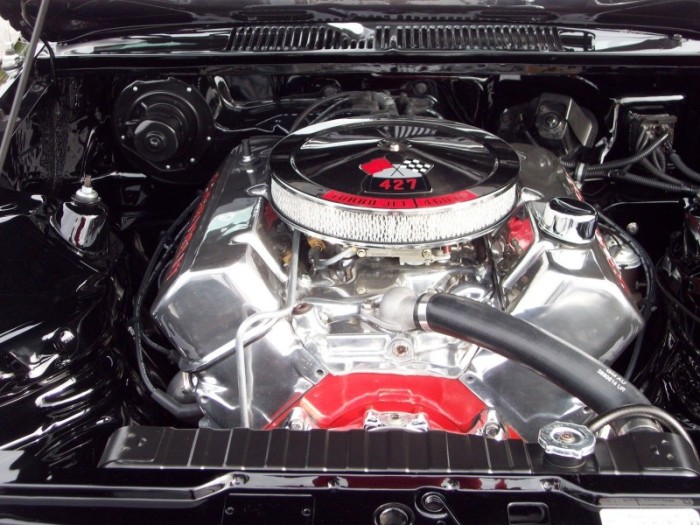 Obviously, this super-sleeper won’t be setting records on any type of race track, thanks to most of the mass being concentrated up front and skinny tires all around. But it will almost certainly draw the most attention at any cruise night, Cars and Coffee or any other automotive gathering on the continent. And best of all, you can be a part of this circus; the car is currently up for auction on eBay with a high bid of $20,000 at this writing. That seems like a lot, yes, but when you consider how much time, money and effort must have gone into camouflaging the genuine muscle car hardware hiding just beneath the surface of this Carter era crackerbox, it starts to seem like a steal.