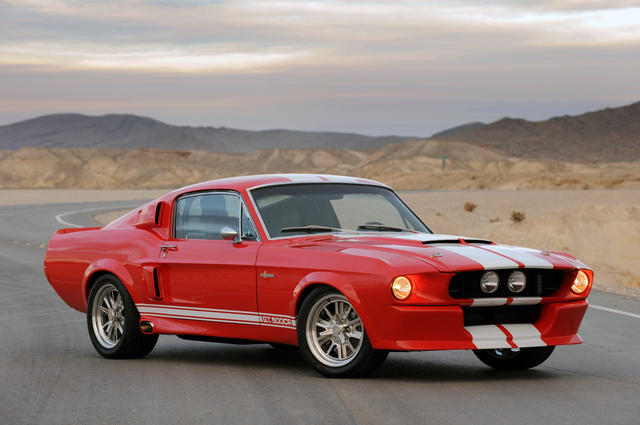 One of the most exciting stories from SEMA ’09 was Carroll Shelby giving the official go-ahead to Classic Recreations to build a continuation of the 1967 Ford Mustang Shelby GT500, called the 1967 Mustang Fastback Shelby G.T.500CR “Performance.” Classic Recreations was the only shop ever given such a  priviledge. At SEMA all they had were drawings and specs of the proposed car, and even those had me salivating (check out our story here). This was a huge undertaking, because the GT500 is one of the most coveted and loved muscle cars of all time.

After Nicolas Cage drove one ( “Eleanor,” a modified GT500 that never liked being stolen) in the 2000 blockbuster re-make “Gone in 60 Seconds” the population of those that fawn over the GT500 only grew. What was once loved only by hot rod fans and guys in their 50s was now loved by everyone.

So CR had a big job, with a lot at stake. You do not want to make hot rodders angry; these guys carry box wrenches in their pockets. At SEMA, Classic Recreations presented their concept drawings, and their proposed specifications for the 3 models (Intro, Performance and Venom). The drawings captured the essence of the GT500. They were true to the original, but different enough you knew it wasn’t. The classic GT500 body had been sprinkled with modern flair, and it looked good. Really good.

The specs sheet had the classic muscle car ingredients; 427 V8, manual transmission, wooden steering wheel, side pipes and a Ford 9″ rear end. But on the same piece of paper were racing harnesses, slotted rotors and adjustable coilovers…it was like my birthday wish list. On paper, this was looking like the ultimate muscle car; old school looks and grunt with modern handling and reliability. Now all we had to do was wait… 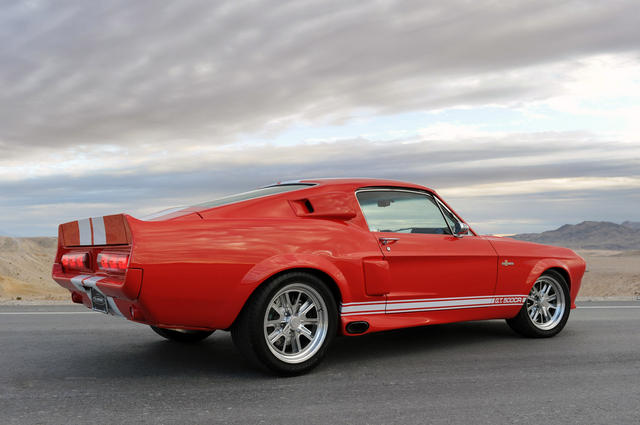 Wait no more. CR has just sent us photos of its prototype, the 1967 Mustang Fastback Shelby G.T.500CR “Performance.” It looks stunning. It’s true to the original, but with the minor improvements (yeah I said it) one would expect for a car designed in 2009. Compare the pictures below and you’ll see the design is damn close to the original. The window shape, slope of the deck, scoops, hood length, spoiler, creases on the fenders and overall proportions are all spot on with the original. The differences are small – bigger fender flares, no front bumper, integrated side exhaust and a modernized front fascia – and only stand out when you do a side-by-side comparison.

I think those small changes to the body make it look cleaner than the original. Its been cleaned up and looks a little meaner, and even lighter. The performance capabilities that lie within somehow come through the body. It’s no longer a long-nosed, front-heavy muscle car solely capable of brutish sprints forward. Now it looks like it’s ready to take on all challenges, be it in the canyons or on the strip. It just looks incredible. 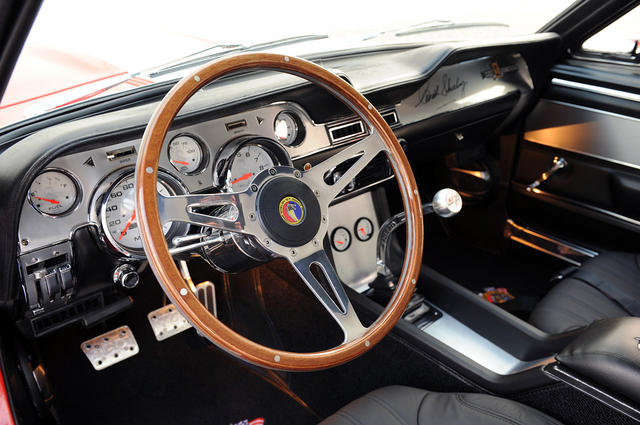 And the interior will keep you smiling. A brushed aluminum dash holds custom Shelby gauges, sweeping down and around the curved and cue-ball-capped shifter. The round gauges have beautiful chrome encircling their white faces, classic cool. You rest your hands on the beautiful 3-spoke, wood-rimmed steering wheel and peer out of those small hood scoops and your mind can’t help but wander back to the glory days. But this cockpit is better than those of the 60’s, because it has 4-point Simpson racing harnesses that hold you tight against the classic-looking but snug custom bucket seats. It’s the original interior built for today’s driver, and the result is beautiful, functional, and true to it’s heritage. 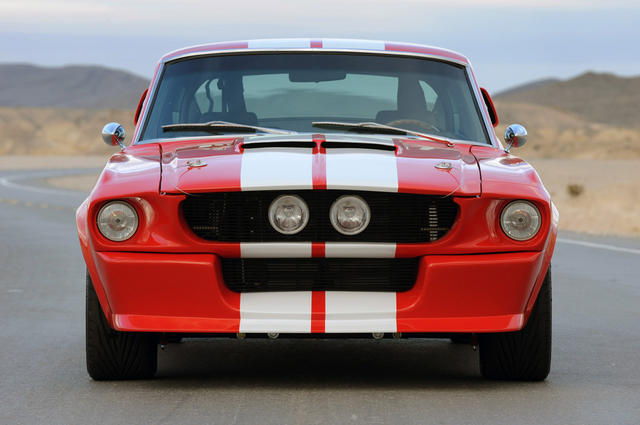 “Function” is a word that generally follows “form” when you talk muscle cars. Sure my ’65 GTO had brakes but I was too busy polishing it to worry about how the car actually drove. Muscle cars were about 2 things: cruising and drag-racing, both of which only require the gas pedal. Stopping was an afterthought, accomplished by mailing a letter to your brake pads politely asking them to rub against the drums, if they weren’t too busy.

Not in the GT500CR. This car was as much built to be driven as it was to be looked at. Fully adjustable coilovers keep it flat in the corners, while slotted Bear brakes bring it back to earth after you stomp the 7.0L, 545hp 427 V8. People used to say the GT350 was better than the 500 because it weighed less and handled better. I think this car is the best of both worlds. You get that big-engine, big torque, mat-it-in-any-gear-and-hang-on brute force every gear head wants without limiting your directions to only forward or back. 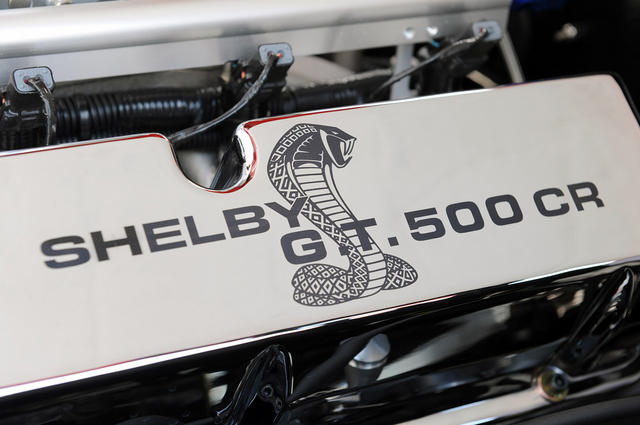 As I stated in August, the price is right; $149,000 for the “Performance” model. It’s a lot, but think about what you get; As a licensed Shelby vehicle your car is entered in the Shelby World Registry, complete with a serial number. You can choose any paint scheme you want, you get a hand-stitched interior, modern performance and reliability, defibrillator-caliber acceleration, and one of the best engine soundtracks ever all in one of the best looking bodies I have ever seen. Sure, you can argue it’s not an original, it’s not the same, and thus it’s not as good, but you would be wrong.

What this is is how Carroll Shelby would build a GT500 today. Not a 2010 “new” GT500, I mean how he would build a 1967 GT500 with today’s technology. It would have the same gorgeous shape, but it would go, stop, turn and just plain drive better. If you’re like me, and care more about the experience you get than the pedigree of faulted originiality, the 1967 Mustang Fastback Shelby G.T.500CR could be the classic car of your dreams. It’s certainly mine. 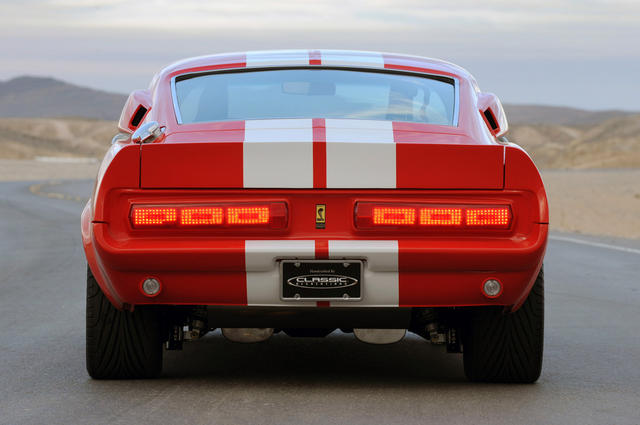 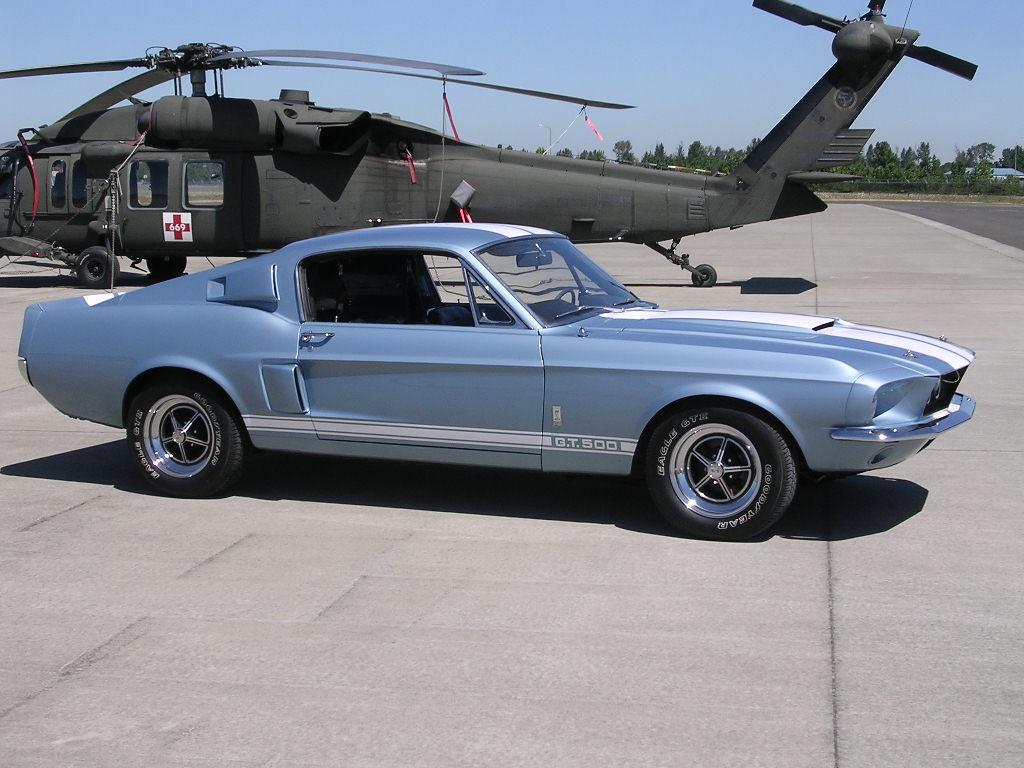