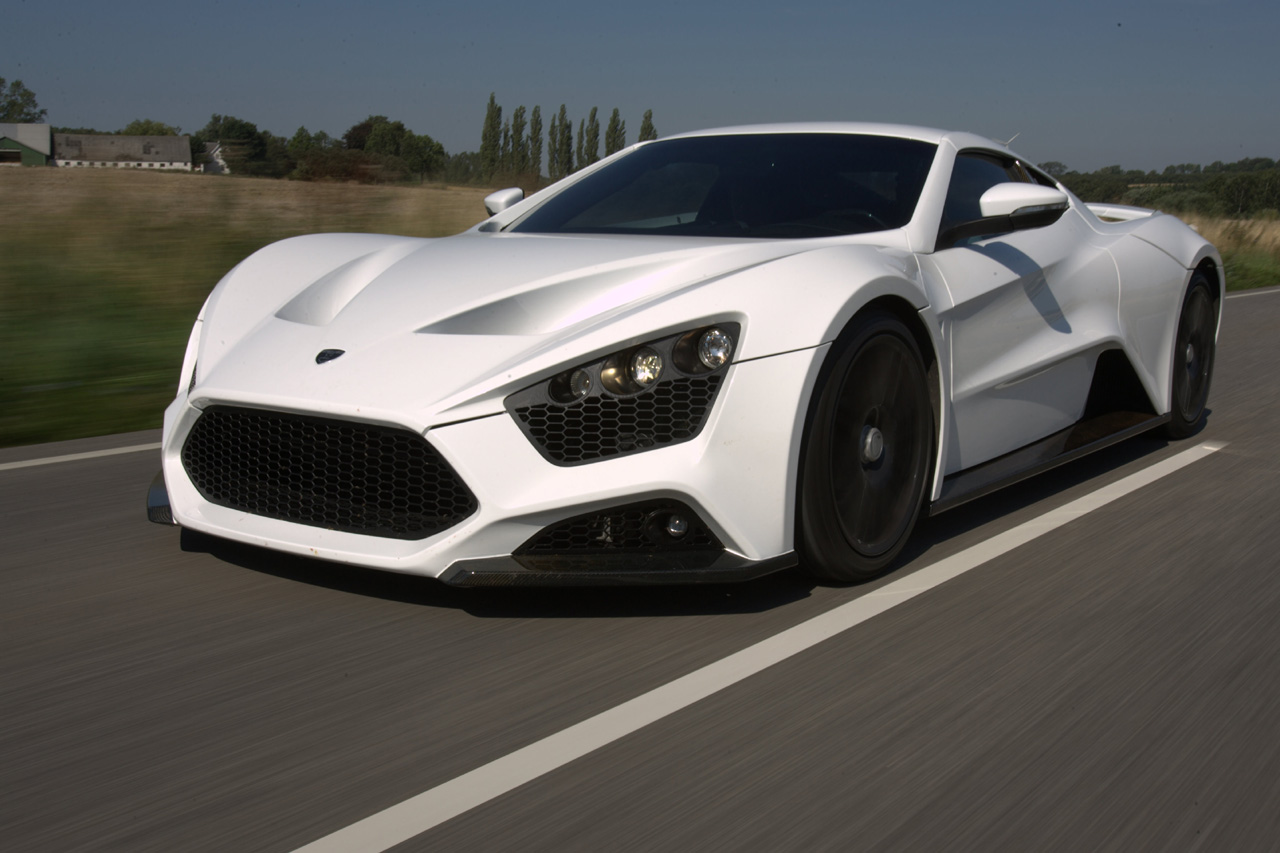 The supercar Gold Rush isn’t letting up. Since the Veyron took off everyone has been chasing it. Today, power is easy with 1400RWHP cars as common as Starbucks. No shock the SSC Aero beat the Bugatti’s top speed. But beating isn’t besting, it’s not just about speed. Many of these cars look cheap and thrown-together. They lack the “it” factor. Now we have the Zenvo ST1 and I must say it seems to have “it.”

A/S Zenvo Automotive opened in 2004 just outside of Copenhagen, Denmark. From the beginning their goal was to build a Danish-made super car you could drive or race everyday. It had its public debut this year at the 24 Hours of Le Mans. Only 15 will be built, and the price isn’t finalized (read:millions).

Zenvo wanted a supercar that would represent Danish design. Whatever that means, it looks incredible. It has elements of other cars, yet it’s original. The face is fierce. Headlights, housed in big brake ducts sit in front of dragon-nostril hood vents. Just seeing this behind you will turn your car’s right blinker on. The back mirrors the front. Similarly-styled lights sandwich a diffuser below a slick spoiler. The marriage of form and function is everywhere. It’s a proper blend of crazy and beautiful. The hexagonal grill is the only blemish as all I can think of is catfish.

Unlike the SSC Aero’s interior which looks like it was sourced at Kragen Auto, this one is fantastic. It has elements of Audi, Zonda and Porsche. My favorite part is the instrument cluster: no digital display, no blinding LCD, just simple, legible information. Power everything, A/C, DVD/Sat-Nav. and a heads-up display make for a very comfortable cockpit. It even has dual airbags (Zonda’s have 0).

You may need them, because the Zenvo ST1 has a mid-mounted 7.0 Liter Corvette V-8 fed by both a turbo and super-charger.  Like a space shuttle, first the primary rockets get it going, and then the big one puts you into space. The result is 1,104hp and 1,000 lb-ft of torque. The kicker? It’s RWD. Even with TCS and 12.5” wide tires this car will be a handful. Hopefully those 6 piston brakes can help. Power goes through a 6 speed manual, but paddle shifters may be optional in the future. On its first test, it hit 62mph in just 3.2 seconds, and 124mph in 8.9 seconds. Top speed is limited to 233mph, and that’s just fine. It’ll even run on E85. Should make Al Gore happy.

The Zenvo ST1 holds more promise than most of the wannabes I’ve seen this year. If Zenvo can deliver a ride that doesn’t shake your brain-stem loose, this could be a great car. It’s not as sexy as a Zonda or as engineered as a Veyron and that’s why I like it. It’s happy with who it is. Now, can I heel-toe it with wooden shoes?